Taipa Pequena 2000 Circuit：Small Taipa Hill, also known as Pou Tai Hill, derived its name from Pou Tai Un Temple. It is 112 metres above sea level, located on the west of the Taipa Island, on the estuary of the Pearl River. The island originally comprised of three little hills, namely Kun Iam Hill, Ponta da Cabrita Hill and Small Taipa Hill. The first two came to be connected by sand sediment into Grand Taipa in the distant past, and later was linked with Small Taipa Hill by land reclamation projects in the early 19th century to form the Taipa island as it is today.
This trail, which is about 2300 metres long, has been opened to the public since 1999. It was so named in celebration of the community approaching the year 2000. It is a winding, undulating and broad trail which is the widest among all trails on Macao’s islands. Taking a stroll along the trail, you can take in panoramic views of the Macao peninsula as well as its islands. Along the trail, there are various fitness facilities as well as lawn-surfaced leisure areas and children’s playgrounds, which offer a good escape into nature for urban families. 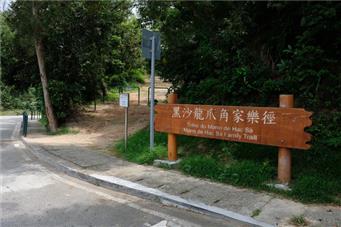 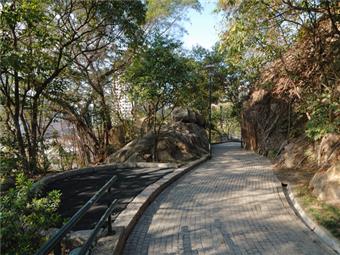 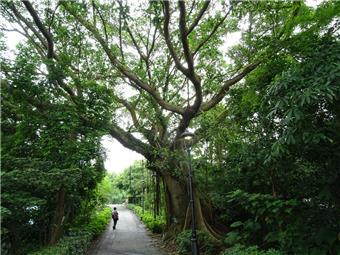 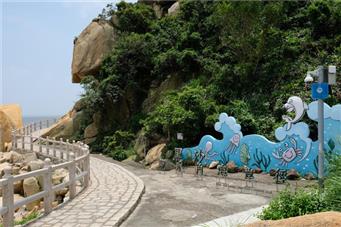